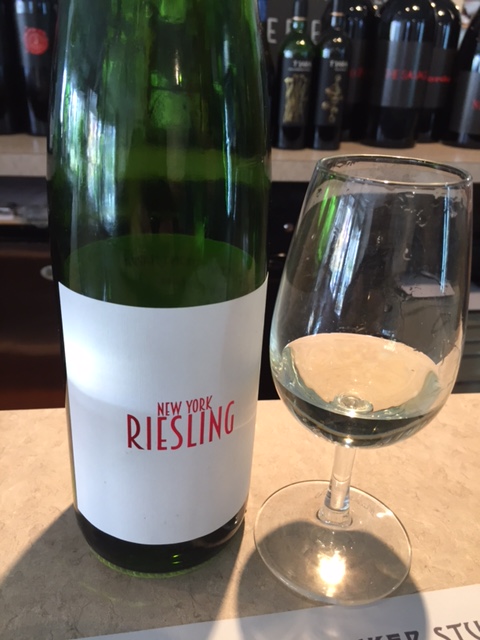 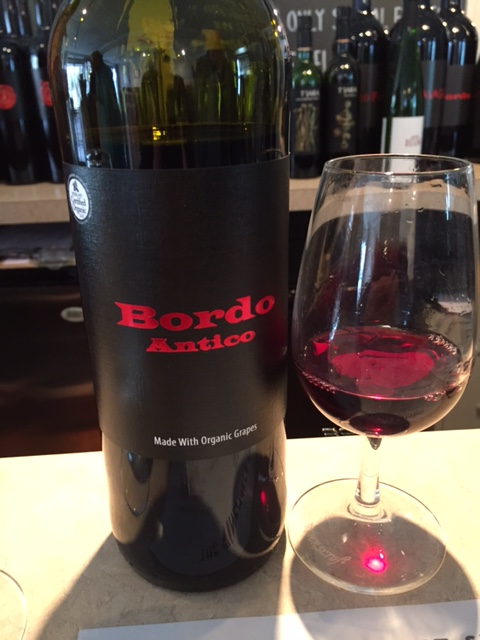 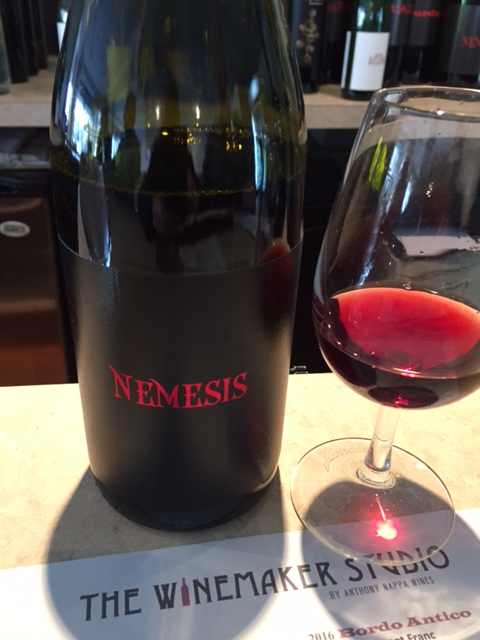 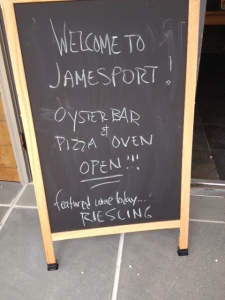 Oysters!   If you Google Long Island Wineries and oysters, you get Jamesport, and with good reason. They have a lovely stone oyster bar in their extensive back yard area, and they feature a raw oyster bar just about every weekend.

The sun came out and all of a sudden we went from winter to summer, so we decided it was a good day to sit in a garden and sample some white wine and oysters, so off we went to Jamesport. Along the way we noticed an absolute explosion of dandelions, as well as signs for spinach and asparagus. Yay for the latter!

If you want oysters, walk through the tasting room, out the back door to the pretty patio and order them at the stone counter. We decided to splurge on a dozen each, for $24 per dozen (6 for $15). The cheerful young man opening the oysters turned out to be Joshua Clauss, the proprietor of Harvest Moon Shellfish of Peconic Bay. After we were done, when we went to compliment him on the quality of his oysters—fresh and briny and plump—he told us this was his first crop, after three years in the business, seven years altogether learning how to cultivate oysters. He said he would be sold out by July, and hoped to have his next crop by October. We plan to look for his oysters again!

To go with them, we each took a glass of Sauvignon Blanc ($10), served in attractive round-bottomed glasses. The Sauvignon Blanc has lots of citrus aroma and taste, which makes it a perfect complement to the oysters. What’s nice is the lemon-lime flavors are balanced with a touch of sweetness, which also pairs well with shellfish.

A bulldog cozies up to the bar

As we sat in French-café-style chairs at a little round table, we enjoyed the warm day, the many dogs rolling in the grass (allowed on leashes) and the blues/pop singing and guitar playing of Ahmad Ali. If you see him on the schedule of a winery, you might make a point of going, as his mellow sound meshes well with a sunny afternoon.

Music among the tables

We could also have chosen pizzas, which we watched being made in a brick oven, or beer from Greenport Harbor Brewing Company, or various other snacks and wines. Jamesport does not allow outside picnic baskets, but we saw plenty of people happily eating the Jamesport fare. We also overheard a young couple being given a tour of their wedding facilities.

More dogs, and a bit of the side yard

Reasons to visit: Oysters!!!; the Sauvignon Blanc; a pretty outdoor area with picnic tables and lots of space; music.

All done with the oysters!